There’s a score to settle…. 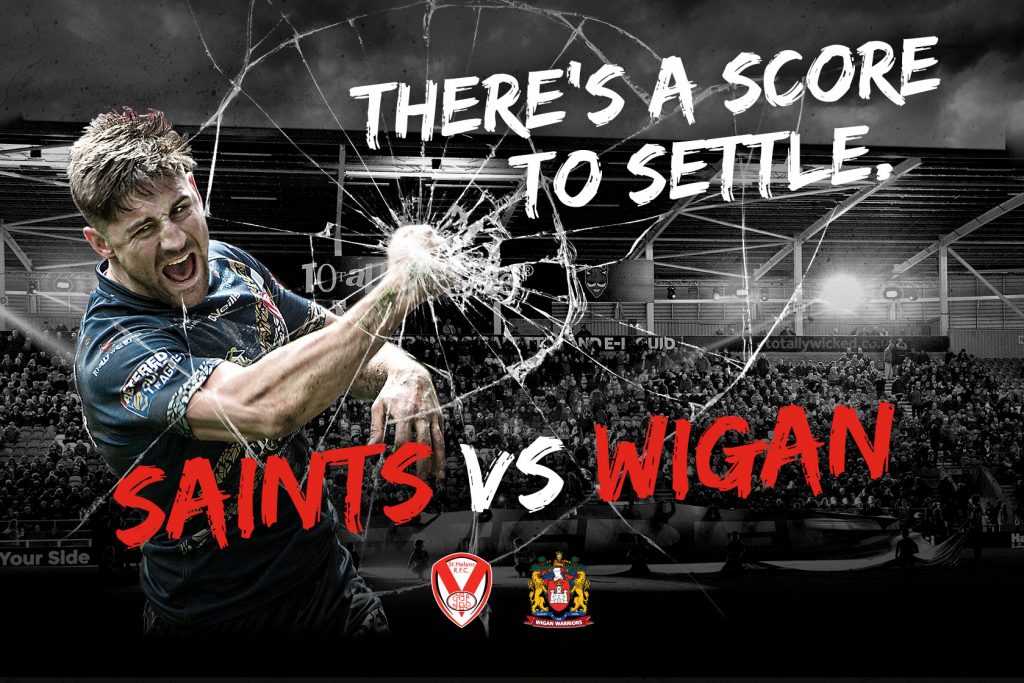 The St. Helens vs Wigan derby game is always one of the biggest crowd pullers during the Super League season. Dating back to the very first season in 1895, the rivalry is fierce between Super League’s two most competitive and successful teams.

Due to the special nature of the derby game we wanted to make the matchday artwork stand out. Utilising a mix of matchday photography from the previous away game at Wigan with effects to emphasise the passion and what the derby game means to both the fans and the players.