We’ve been working with AllGates, one of the North’s most respected craft breweries, to redesign their look and this limited-edition India Pale Ale is the first off the bottling line. Station to Station IPA is a hop-packed collaboration with Yorkshire-based Five Towns brewery, and with both sides being huge David Bowie fans, this roses mash up is named after his transitional 1976 album. 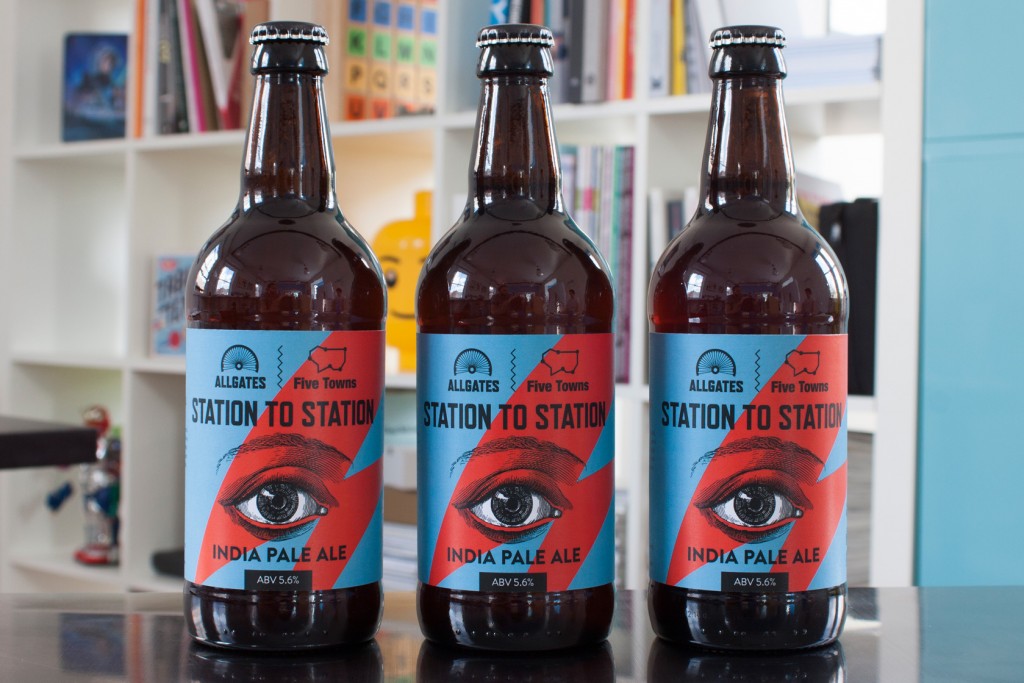 The overall project aims to modernise the AllGates identity, but also reflect the strong history of the Wigan area and the award-winning brewery’s commitment to producing fine craft beers that combine heritage with imagination. And with new pump clips, bottle labels and a website in the works, we’re really excited about where this one is heading — Brewed with Northern Soul.